Have you thought about taking your English skills to the next level? Take some inspiration from Shakira, the hip shaking Colombian who took the time to practice her English in realizing her full potential. Shakira always had tremendous success in the Latin music markets in the US, but it wasn’t until Miami Sound Machine vocalist, Gloria Estefan, coaxed her to improve her English in order to gain international acceptance. Not only did Shakira improve her English, she took the courageous step in writing and singing in English for the first time on her 2001 hit album, Laundry Service. 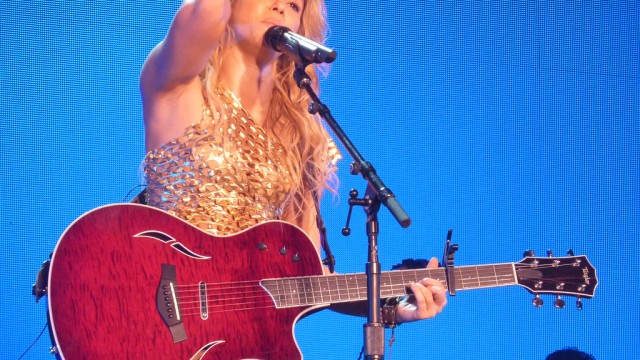 By 2002, Shakira’s risky venture paid off as Laundry Service became certified triple platinum in United States sales alone. This was the turning point in Shakira’s career, as she emerged from the Latin billboards onto the international stage. Album after album, Shakira’s resume grew with duets with Rihanna and Beyonce, not to mention she is also a vocal coach to American wannabe music stars on NBC’s “The Voice”.

English is the most taught foreign language in Europe and the learning begins at an increasingly early age. Since spoken languages vary all across Europe, the one constant is English.

This is evident in the European music circles. Take Sweden. The Swedes are currently exporting the hottest music right now through a diversity of musical acts – The Sounds, Little Dragon, Swedish House Mafia, Lykke Li, First Aid Kit, and Ghost BC. They are all emerging international artists performing different genres of music. The one thing they have on common? They all present their music through English. 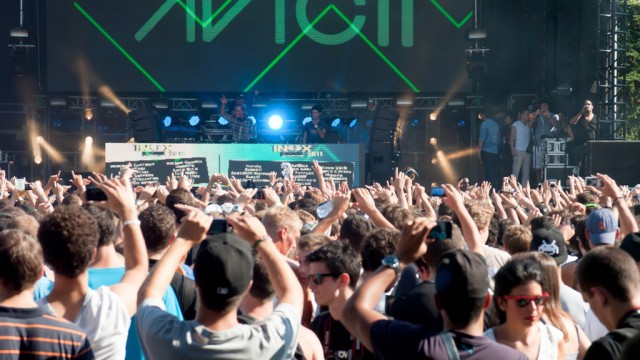 The most popular Swedish export is arguably Avicii. Technically a DJ, but by enlisting help from an American singer, Avicii’s “Wake Me Up” became a huge hit. The song’s appeal is so strong, it can be heard on mainstream radio here in the US – a rare feat for a DJ.

In the beginning, there was only J-pop, a term to describe pop music in Japan with definitive western elements. But in South Korea, K-pop cloned the J-pop formula adding bright colored videos. The K-pop market is HUGE! It is not just transforming pop culture all across Asia and pockets in Europe, but contributing to a wealth effect in South Korea. The quest doesn’t end there, there are a number of K-pop bands striving for global fame, and English is their weapon. Here are some popular K-pop bands that can break out in Western markets:

Girls’ Generation is on a major attack to invoke an international mainstream audience following. Maximizing their potential, many of their songs will include repetitive English phrases and often release English versions of their songs.

One successful K-pop band, Big Bang, incorporates English in many of their designated hip-hop style of music. Similar to Girls’ Generation, they do release versions of their songs in English to gain international acceptance. If Big Bang does make it “big” outside of their predominately Asian audience, they have PSY’s “Gangnam Style” to thank in putting South Korea on the map. 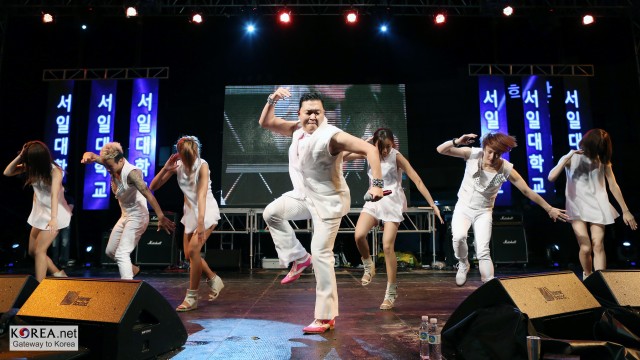 “Gangnam Style” has the distinction of the most viewed video on You Tube, and PSY became a household name all across the world. But that brand of success is difficult to follow, and PSY may also have the distinction of becoming a one hit wonder. PSY realizes his international fame may wane and in order to stay relevant, you collaborate with an American rapper and create another song with English heavy lyrics. Enter Snoop Dogg and the new video, “Hangover”. I’m sure PSY would prefer to sing it himself but until he becomes more fluent in English, he will need to share the stage with other English speaking artists.

There are two sides of music from South America. Many pop songs utilize Latin instrumentation typically used in Samba, Reggaeton, or Tango rhythms. Couple the romance language of Spanish or Portuguese, it would be out of character to sing in English.

This is especially true for Julieta Venegas from Mexico, an idiosyncratic artist who is completely fluent in English, but made a wise choice to sing in Spanish due to her pop blend of traditional Mexican influences.

Although hailing from Spain, Bebe’s “Malo” is a wildly popular song in South America. Using music with flamenco roots, Bebe is an intense singer, which would only sound comedic if she incorporated English lyrics.

For the other side of the coin, South American metal bands might as well stay in South America. Mixing guitar heavy music with Spanish or Portuguese lyrics has never worked with international audiences. But sing (or scream) in English, then you have half a chance. Take Sepultura. A metal band from Brazil that is so good at crafting their music with English lyrics, hardly anyone gave any thought about where they are from.

English is the universal bridge to communication, and it is evident in the way musical artists write and package their songs. Music has always been considered as a universal language. With globalization changing the way we interact, English will soon be the language of music.