ILSC-Montreal is proud to announce that its International Business class made 4 more small business loans through KIVA last session, taking our total number of loans made to 27, since we first began lending in October 2010!

For those of you who don’t know, KIVA is a non-profit organisation with a mission to connect people through lending to alleviate poverty. Leveraging the internet and a worldwide network of microfinance institutions, KIVA lets individuals lend as little as $25 to help create opportunities around the world.  It was founded in 2005, and since then has grown to a network of 792,189 lenders, lending to borrowers in 62 different countries, and has distributed over $331 million in loans, with a repayment rate of 98.99%!

The beauty of the scheme is that these are loans, not donations.  So the money you loan gets repaid to your KIVA account by the borrower, which means that you can then re-loan the money to someone else.  Sometimes we do fundraising to add to our lending account, but this month we just decided to re-loan the money that our borrowers had already paid back into our KIVA account, because there was a total of $900 sitting there that needed to be out doing good in the world!  The International Business class explained why they decided to split the money between the following people:

“We chose The Nazareth Group, from Tanzania, to give a loan to; they needed help to buy fruits and vegetables to sell, but mainly bricks to build their houses.  We chose it because it is a cause that helps the community.”

“We donated to The Twiyoubake Group, from Burundi to increase their capital and sell many litres of local beer.  Because of our donation, we can help not only their families and children, but also their community.  This will help the group even though we just gave them a small part of the loan.” 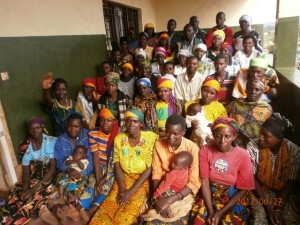 “We chose Shameem’s Group, from Pakistan because we wanted to help not only one person but a large group of people.  Shameem’s group is doing agricultural business which will benefit people on a large scale.  Another reason for our decision was that these people want to buy processing products to build their own business rather than purchase resale products.”

They also made a 4th donation, to The Alogojesuton 3 Group, from Benin, also a large group all from the same community.

We lent each borrower a total of $225, making the total amount of money ILSC-Montreal has loaned $4125, to borrowers from 19 different countries!  (The average KIVA user makes 8.5 loans and lends a total amount of $274.48). 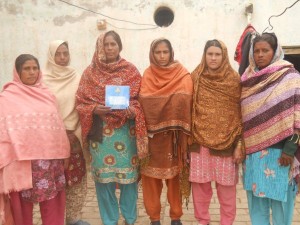 We here at ILSC-Montreal intend to continue raising money and loaning (and re-loaning!) money through KIVA – and I hope that by reading our updates some of you may also be inspired to become KIVA lenders!