ILSC Montreal is proud to announce that its International Business class has just made its 3rd loan through KIVA, and we would like to tell you a little bit more about what KIVA is and why it is such a worthwhile organisation. 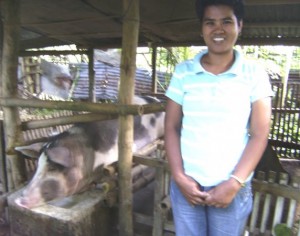 KIVA is a non-profit organisation with a mission to connect people through lending to alleviate poverty. Leveraging the internet and a worldwide network of microfinance institutions, KIVA lets individuals lend as little as $25 to help create opportunity around the world.  It was founded in 2005, and since then has grown to a network of 693,872 lenders, lending to borrowers in 61 different countries, and has distributed over $288 million in loans, with a repayment rate of 98.91%!

KIVA works with microfinance institutions on five continents to provide loans to people without access to traditional banking systems. 100% of each loan is sent to these microfinance institutions, which are called Field Partners, who administer the loans in the field.  100% of every dollar you lend on KIVA goes directly towards funding loans; KIVA does not take a cut. Furthermore, KIVA does not charge interest to the Field Partners.  KIVA is primarily funded through the support of lenders making optional donations. They also raise funds through grants, corporate sponsors, and foundations.

The beauty of the scheme is that these are loans, not charitable donations.  So the money you loan gets repaid to your KIVA account by the borrower, which means that you can then re-loan the money to someone else.  It really is the gift that keeps on giving! 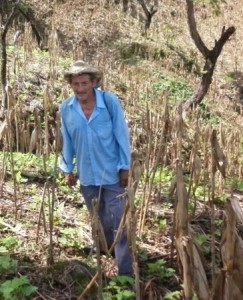 ILSC Montreal became a KIVA lender in October 2010, when I suggested it to my International Business students as a possible class project.  They were very enthusiastic about the    idea of microfinance and being able to help support small business owners around the world, so they came up with some fundraising ideas, and raised $275 which we used to make our  first loan.  They chose to loan the money to Letecia Moywela, a 48-year-old wife and mother from the Philippines, whose main source of income comes from raising livestock,  especially pigs, for sale.  She needed a loan to purchase more breeding livestock, and she planned to use the additional revenue generated to improve living conditions for her family.      She successfully repaid 100% of her loan, as have all those we have supported so far.

Since October 2010, we have asked each International Business class if they would like to continue supporting the project, and the majority of students in those classes have elected to   do so.  To date, ILSC Montreal has made 23 loans, to borrowers from 15 different countries, lending a total amount of $3225.00!  (To put that into context, the average KIVA user      makes 8 loans and lends a total amount of $263.98).

We here at ILSC Montreal hope to continue supporting small businesses around the world through KIVA’s microfinance scheme for many more years to come, and I hope that, for  those of you who had not heard of KIVA and its work before, perhaps we might inspire some of you to join and start lending yourselves!